A downloadable game for Windows, macOS, and Linux

Aliens from the planet Kruncia came to planet earth, disguising themselves as NEDs to turn the world into a giant cigarette, all for their tradition to elect a new emperor.

Your mission is to stop them before that happens.

A game made for devtober in just a month. I had fun with this. Although it's taught me a lot of lessions on how I do do game development

The game is based on an idea my friends had about this group called the "Rossies", and me and this friend decided to turn it into a game, and the result was something like this, 10 years ago.

A gemm A pit thegither for devtober in juist a month. A haed fun wi this. Aatho hit's taucht massel a load o lessions on hou A dae gemm developin.

The gemm is based on an idea ma mates haed aboot this group caaed the "Rossies", an massel an this freind decided tae tirn it intae a gemm, an the result wis something like this, 10 year ago.

Rossies is (c) The Rossies Retro Task Force, used under licence by Gamerstorm

Now available for the Sega Saturn!

Just unzip the contents, go into the new folder and there, you either run rc32, rc64,  or rossies_classic depending on what operating system and architecture you use. See below for guide if unsure.

Run the installer, and once installed, the program will be located in Program Files/Gamerstorm/Rossies Classic, and there, you either run rc32.exe, or rc64.exe, depending on what architecture you use.

Drag the folder out of the dmg, and locate "rossies_classic" within the folder to run it. 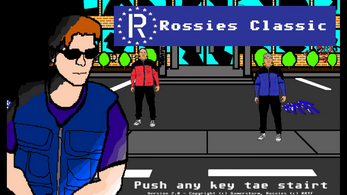 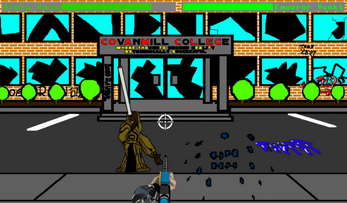 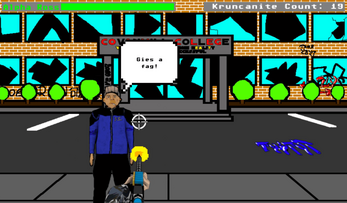 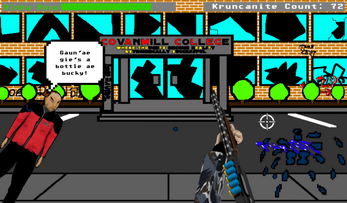 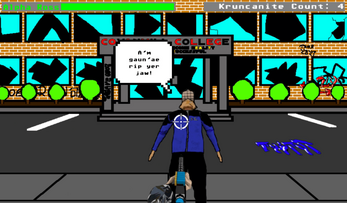